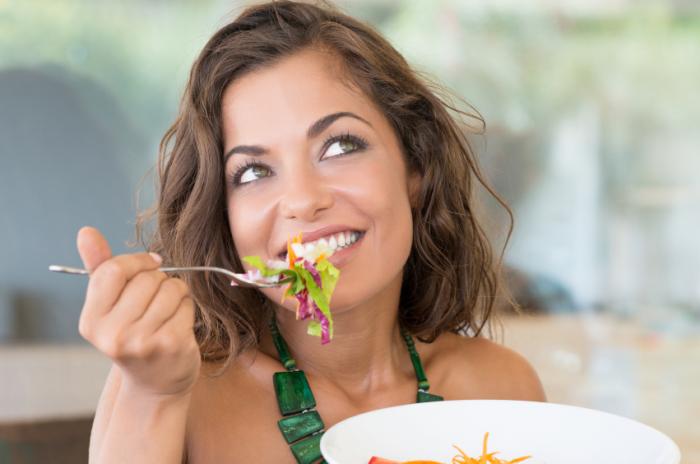 Study co-author Valter D. Longo, of the FIRC Institute of Molecular Oncology in Italy and the University of Southern California, and colleagues say the research demonstrates the first anti-aging, healthspan-promoting intervention that doctors could feasibly recommend for patients.

Previous research from Longo in June last year suggested prolonged fasting – defined as consuming only water for 2-4 days – can “reboot” the human immune system. That is, fasting can help clear out damaged cells and regenerate new ones.

Another study published later that month also found periodic fasting may protect against diabetes among individuals at high risk for the condition.

However, Longo and colleagues note that humans find it psychologically challenging to engage in such extreme dieting, and it can also have adverse health effects – particularly for older individuals.

“These concerns point to the need for dietary interventions that induce prolonged fasting-like effects while minimizing the risk of adverse effects and the burden of complete food restriction,” they note.

To address this need, the researchers developed a fasting-mimicking diet (FMD) – a low-protein, low-fat diet high in healthy fats. By activating markers associated with prolonged fasting, such as low glucose levels and high levels of ketone bodies, the diet was able to simulate the effects of fasting.

Firstly, the team tested the diet in middle-aged mice, feeding them the diet for 4 days, twice a month. Mice fed the FMD intervention were compared with mice fed a control diet.

The team found mice fed the FMD intervention had much higher numbers of stem cells, and they experienced regeneration of an array of other cell types, including bone, muscle, liver, brain and immune cells, compared with mice fed the control diet.

In addition, the FMD intervention appeared to extend the lifespan of mice and promote better overall health. They experienced better learning and memory, lower incidence of cancer and inflammatory diseases and fat loss without a reduction in lean body mass, compared with control mice.

Reduction in risk factors for aging, CVD, diabetes and cancer in humans

Next, the team tested a similar FMD intervention in a group of 19 generally healthy people aged 18-70. These participants were required to follow the diet for 5 days a month for 3 months. The diet provided them with between 34-54% of their normal caloric intake, as well as 11-14% proteins, 42-43% carbohydrates and 44-46% fat.

The 19 participants following the FMD intervention were compared with a group of 18 generally healthy aged-matched individuals who continued to follow their normal diet.

Compared with the participants who consumed their standard diet, those who followed the FMD intervention experienced a reduction in risk factors linked to aging, cardiovascular disease (CVD), diabetes and cancer, including lowered blood glucose, reduced markers of inflammation and weight loss.

The team notes that only 5% of FMD participants were disqualified from the study for failing to comply with the dietary regime.

Longo and colleagues say their findings indicate that following an FMD intervention periodically may promote longevity in humans and protect against risk factors for certain diseases. They add:

“Although the clinical results will require confirmation by a larger randomized trial, the effects of FMD cycles on biomarkers/risk factors for aging, cancer, diabetes, and CVD, coupled with the very high compliance to the diet and its safety, indicate that this periodic dietary strategy has high potential to be effective in promoting human healthspan.”

The team says they are now putting the FMD intervention through a rigorous testing process in order to gain approval from the US Food and Drug Administration (FDA) for clinical use. This involves testing the efficacy of the diet in 60-70 participants, before moving to a clinical trial with 500-1,000 participants.

“This is arguably the first non-chronic preclinically and clinically tested anti-aging and healthspan-promoting intervention shown to work and to be very feasible as a doctor or dietitian-supervised intervention,” says Longo.

The researchers stress that because the effects of the FMD intervention are potent, individuals should only follow such a diet under medical supervision.

I Am More than My Diagnosis

I Am More than My Diagnosis
Scroll to top