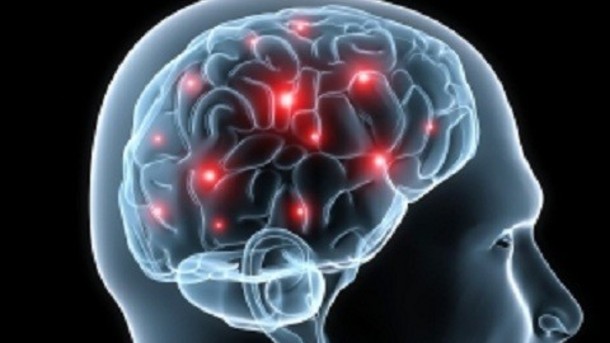 Vascular dementia is the second most common cause of dementia, after AD. It is caused by brain damage from cerebrovascular or cardiovascular problems – usually strokes. It also may result from genetic diseases, endocarditis (infection of a heart valve), or amyloid angiopathy (a process in which amyloid protein builds up in the brain’s blood vessels, sometimes causing hemorrhagic or “bleeding” strokes). In many cases, it may coexist with AD. The incidence of vascular dementia increases with advancing age and is similar in men and women.

Symptoms of vascular dementia often begin suddenly, frequently after a stroke. Patients may have a history of high blood pressure, vascular disease, or previous strokes or heart attacks. Vascular dementia may or may not get worse with time, depending on whether the person has additional strokes. In some cases, symptoms may get better with time. When the disease does get worse, it often progresses in a stepwise manner, with sudden changes in ability. Vascular dementia with brain damage to the mid-brain regions, however, may cause a gradual, progressive cognitive impairment that may look much like AD. Unlike people with AD, people with vascular dementia often maintain their personality and normal levels of emotional responsiveness until the later stages of the disease.

People with vascular dementia frequently wander at night and often have other problems commonly found in people who have had a stroke, including depression and incontinence.

There are several types of vascular dementia, which vary slightly in their causes and symptoms. One type, called multi-infarct dementia (MID), is caused by numerous small strokes in the brain. MID typically includes multiple damaged areas, called infarcts, along with extensive lesions in the white matter, or nerve fibers, of the brain.

Because the infarcts in MID affect isolated areas of the brain, the symptoms are often limited to one side of the body or they may affect just one or a few specific functions, such as language. Neurologists call these “local” or “focal” symptoms, as opposed to the “global” symptoms seen in AD, which affect many functions and are not restricted to one side of the body.

Although not all strokes cause dementia, in some cases a single stroke can damage the brain enough to cause dementia. This condition is called single-infarct dementia. Dementia is more common when the stroke takes place on the left side (hemisphere) of the brain and/or when it involves the hippocampus, a brain structure important for memory.

Another type of vascular dementia is called Binswanger’s disease. This rare form of dementia is characterized by damage to small blood vessels in the white matter of the brain (white matter is found in the inner layers of the brain and contains many nerve fibers coated with a whitish, fatty substance called myelin). Binswanger’s disease leads to brain lesions, loss of memory, disordered cognition, and mood changes. Patients with this disease often show signs of abnormal blood pressure, stroke, blood abnormalities, disease of the large blood vessels in the neck, and/or disease of the heart valves. Other prominent features include urinary incontinence, difficulty walking, clumsiness, slowness, lack of facial expression, and speech difficulty. These symptoms, which usually begin after the age of 60, are not always present in all patients and may sometimes appear only temporarily. Treatment of Binswanger’s disease is symptomatic, and may include the use of medications to control high blood pressure, depression, heart arrhythmias, and low blood pressure. The disorder often includes episodes of partial recovery.

Another type of vascular dementia is linked to a rare hereditary disorder called CADASIL, which stands for cerebral autosomal dominant arteriopathy with subcortical infarct and leukoencephalopathy. CADASIL is linked to abnormalities of a specific gene, Notch3, which is located on chromosome 19. This condition causes multi-infarct dementia as well as stroke, migraine with aura, and mood disorders. The first symptoms usually appear in people who are in their twenties, thirties, or forties and affected individuals often die by age 65. Researchers believe most people with CADASIL go undiagnosed, and the actual prevalence of the disease is not yet known.

New potential cause for Alzheimer’s: Arginine deprivation caused by overconsumption...
Scroll to top