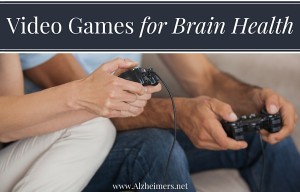 While the effectiveness of brain fitness games is heavily debated among researchers, one neuroscientist may have invented a video game with real staying power and results.

His game, on its journey through FDA approval, uses multitasking to improve overall brain function and he hopes that, pending FDA approval, the game could be used to help people suffering from Alzheimer’s disease, PTSD, traumatic brain injuries and ADHD.

Learn more about the brain fitness industry and what sets this game apart from the others.

Brain fitness games that promise to prolong memory, boost brain health and prevent cognitive decline are everywhere. In fact, the estimated market for these games is close to $1 billion and experts believe the industry will grow to $6 billion over the next five years. With stores and marketers promising consumers that these games will make them smarter, raise IQ and forget less, it’s no surprise that brain fitness games are a thriving industry.

However, some experts are more than skeptical about the results of these games.

Psychology professor at the Georgia Institute of Technology Randall Engle has been outspoken about his skepticism saying, “We’re really talking about a biological system. The idea that you can do some little computer game for half an hour a day for 10 days and change that system is ludicrous on the face of it.” He went on to say, “There’s very little research that’s don’t right that suggests that these thing work.”

Engle has completed numerous studies putting brain fitness game to the test and has not seen any “substantial benefit” to the games. In fact, Engle was one of 75 scientists who signed a letter to the brain fitness game industry stating that marketers are inventing claims and even targeting elderly customers worried about memory loss.

Neuroscientist Adam Gazzaley, who in fact signed the same letter as Engle, believes that he may have invented a game that addresses both the business and science aspects of brain fitness games.

His game is in the process of getting approval from the Food and Drug Administration, which will take several years and even more money. However, if approved, the game could be used to help people suffering from Alzheimer’s disease, PTSD, traumatic brain injury and ADHD.

The game is fully immersive and focuses on multitasking. For example, the player would need to guide a horse through the desert while tapping only green carrots flashing at the top of the screen, but not the radishes or carrots of another color. Gazelle says that “if we created this, what we call a high-interference environment, with multitasking going on and lots of distraction… if we put pressure in that environment, we would see benefits in other aspects of cognitive control.”

He believes that by improving one area of cognition, all areas of cognition may be improved. He also hopes that one day the game can be analyzed by doctors to tailor the treatment of the player after seeing how the player responds to the game in varied environments.

Admitting that his game and his theory needs to undergo extensive testing, Gazzaley is cautiously optimistic saying:

”Can we go then through a very rigorous validation clinical trial, just like people would expect from a drug, to then show how it works, how it doesn’t work, how it could work better… all those things?”

What do you think about a game like this to improve cognition? Have you seen positive effects from brain fitness games? Is this game different? Share your thoughts with us in the comments below.