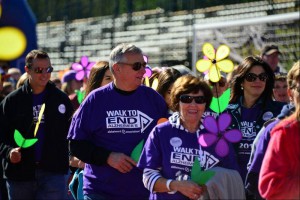 What’s With All of the “Walk” Talk?

Ahh, summer, the season that lays claim to some of our nation’s favorite collective activities.  The heady scents of Hawaiian Tropic Suntan Lotion and chicken smothered in barbecue sauce cooking on the grill are in the air.  The rip and sputter of neighborhood lawnmowers starting accompany morning bird songs as the heat of the day signals a soundtrack change to the latest summer anthem heard via mobile concerto courtesy of the young people driving past the house with their car windows down and music turned up.  The time of year where the undulating click and hiss of a sprinkler head watering the lawn and cooling our warm skin with its’ intermittent spray, and an individually wrapped Popsicle of our very own can make just about any day a little bit better.  Nights under cool cotton sheets with a warm breeze blowing cricket chirps and frog conversations so close by through an open window that their sounds seem almost decipherable.  We tend to spend more hours outdoors in the summer than any other time of year.  We take more vacations and travel more frequently this time of year.  We seem to have fewer commitments and more possibilities.

Summer provides a season perfectly suited for making memories.  Graduations, weddings, family trips, and first kisses.   For most of us, our favorite sun-drenched summer shenanigans, mundane moments and meaningful milestones are still accessible memories we can choose to call up whenever we want to revisit them.  Unfortunately for those coping with Alzheimer’s, those poignant pieces of personal history can be hard to retrieve.

That’s why, for Alzheimer’s advocates across the country, summer is also the start of the “Walk Season.”

The Alzheimer’s Association Walk to End Alzheimer’s® or “The Walk” as it’s affectionately known, is the world’s largest event to raise awareness and funds for Alzheimer’s care, support and research.  Held annually year-round in more than 600 communities over all 50 states, the walk unites more than 450,000 participants in a walk designed in equal parts to raise as much awareness as increase needed dollars to support the fight against Alzheimer’s.

There is still a tremendous need for more funding to provide and enhance programs focusing on education and support, advance critical research studies into methods of treatment, prevention and ultimately, and most importantly, a cure.

I can almost feel your eye roll as you read this… I know what you’re thinking, and I can relate.   It’s easy to feel the effects of “fund-raising fatigue” when it seems like everywhere you turn a worthy cause or organization is asking for financial support.

You might be thinking, that if The Walk is the largest fundraising event for Alzheimer’s it sounds like they’ve already pretty much got it covered without us having to lace up our sneakers and cajole family and friends into donning matching purple shirts, for a stroll around a nearby landmark, right?

Well, not so fast.   As it turns out, Alzheimer’s could use a lot more help in the awareness and financial resources area.   For starters, the proposed increase in government spending hasn’t passed yet and meanwhile deaths from Alzheimer’s disease rose a staggering 68% in the last decade to become the #6 cause of all deaths in the United States and the only cause of death in the in the list of top 10 without any cure or treatment and every 68 seconds someone new gets it.

Also, not to be bitter, but according to a recent ranking of the Top 100 Non-Profit Fundraising Organizations, the Alzheimer’s Association (the only Alzheimer’s-related non-profit that even made the list) comes in at a disheartening 35th behind other notable causes such as the preservation of public radio, art museums, and libraries, and after maintaining our mountains, and behind ensuring the future of whales, panda bears and the boy scouts.   Every one of these top 100 non-profits are all wonderful organizations doing great work. In fact, we contribute what we can to several of the top 100 non-profits here in our house.

In the weeks and months ahead as Walk Season takes hold there will likely be a steady parade of progressive pledge requests and tee-shirt sales circulars making their way into your social media feeds, inboxes and water cooler conversations. Before you feign a  particularly destructive computer virus or cite a selectively inoperative cell phone rendering you unable to respond to such appeals, please take a moment to think about where the funds everyone is trying so hard to raise actually go.

The Alzheimer’s Association is the world’s largest non-profit funder of Alzheimer’s research, awarding over $335 million to more than 2,250 scientists since 1982, and through their partnerships and funded projects, has been part of EVERY major research advancement in the fight against Alzheimer’s over the past 30 years.  Their 24-hour helpline (1-800-272-3900) offers free information and advice by professionally trained staff to over 250,000 callers every year, they run over 4,500 support groups nationwide (an average of 90 in each state), curate the nation’s largest library and resource center devoted to Alzheimer’s disease and related dementias, deliver 20,000 education programs annually, and their comprehensive and interactive website connects people across the globe impacted by Alzheimer’s.

But they are just that – largely voluntary – and over one third of their annual revenue comes from the walks.  It might not seem like such a big organization needs a little help from people like us, but it’s the people like us that make it possible for them to offer a lot of the programs we count on them to deliver.

Me in my walking gear!

Sometimes starting or donating to a walk team or buying a tee-shirt or can make the difference between whether a local chapter can offer a support group on the weekends, provide an educational program to a group of future caregivers, get needed information in the hands of those newly diagnosed, or if the national office can allocate critical dollars to a lab of international experts studying the effectiveness of current medications.

If we’re going to be outside slathered in our coconut scented suntan lotion humming this year’s anthem of summer looking for a Popsicle between barbecues anyhow, then we might as well do some good.  It doesn’t cost anything to register, and who knows, maybe I’ll run into you at a Walk in your area. You’ll know it’s me because I’ll be the one in the purple tee-shirt!