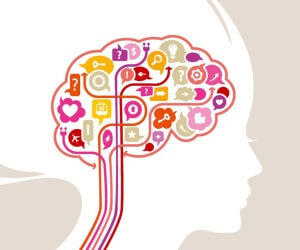 Vascular dementia is fairly common, ranking number two after dementia caused by Alzheimer’s Disease. Vascular dementia occurs when the brain is deprived of enough blood carrying the oxygen and nutrients it needs. The lack of blood causes brain damage which affects memory, reasoning, planning, judgment and other thought processes. According to Avi Almozlino, chief of neurology at Newton-Wellesley Hospital, Alzheimer’s disease largely affects the gray matter (the main bodies of nerve cells), while vascular dementia affects the white matter (the connecting fibers in the brain). Both types of dementias involve memory loss and confusion, however, vascular dementia may include issues with walking and other movements.

-Confusion which may worsen at night

-Laughing or crying at inappropriate times

-Loss of bladder or bowel control

Vascular dementia symptoms vary depending on which part of the brain is restricted from blood flow. In some cases a person can be suffering from two types of dementia such as vascular and that caused by Alzheimer’s Disease. When different types of dementia’s combine, various parts of the brain are affected in different ways causing the patient to show symptoms and progression differently than another patient with dementia. This is why even though there are many commonalities dementia patients share, each case is unique due to the countless possible combinations and various parts of the brain affected.

Generally, dementia caused by Alzheimer’s alone tends to progress gradually while vascular dementias caused by strokes or conditions causing damage to blood vessels have a more noticeable drops in decline. For a visual, picture Alzheimer’s as walking down a slope and vascular dementia as walking down a staircase. All dementias behave differently in each individuals brain and there is no real way to know how a patient will be affected or how quickly they will decline. All we have are studies to go by that show similarities among patients. If you or a loved one suspect you have had a stroke or have any of the conditions mentioned above that can cause damage to blood vessels in the brain, there are steps you can take to help reduce your risks.

-If you smoke, stop.

-Decrease stressors in your life.

-Keep alcohol to a minimum, if you drink do so in moderation.

-Incorporate exercise in your daily routine.

-Make it a point to have more fun, laughing and feeling joy reduces your chances of strokes brought on by stress.

Maintaining Independence As You Age
Scroll to top